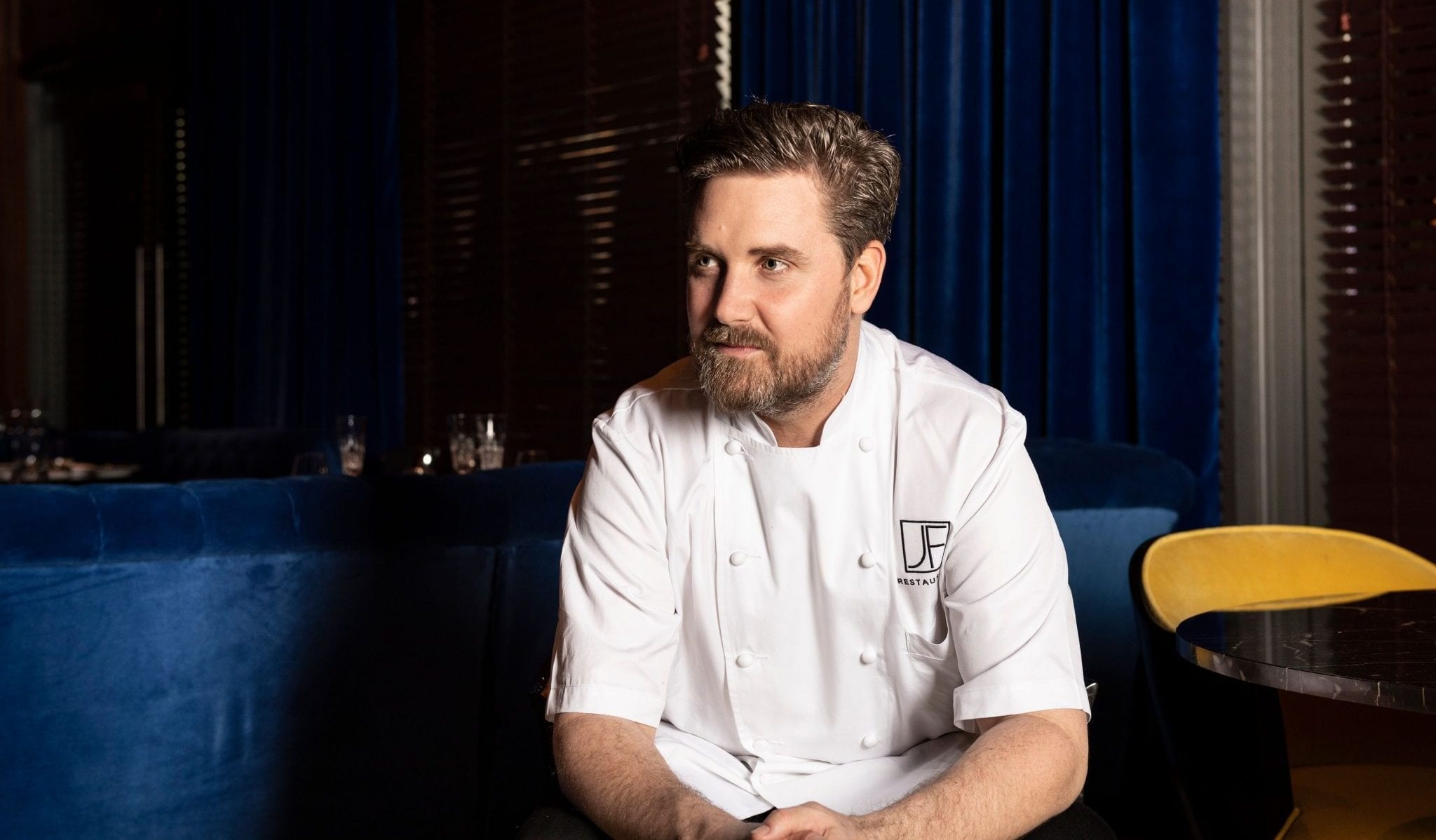 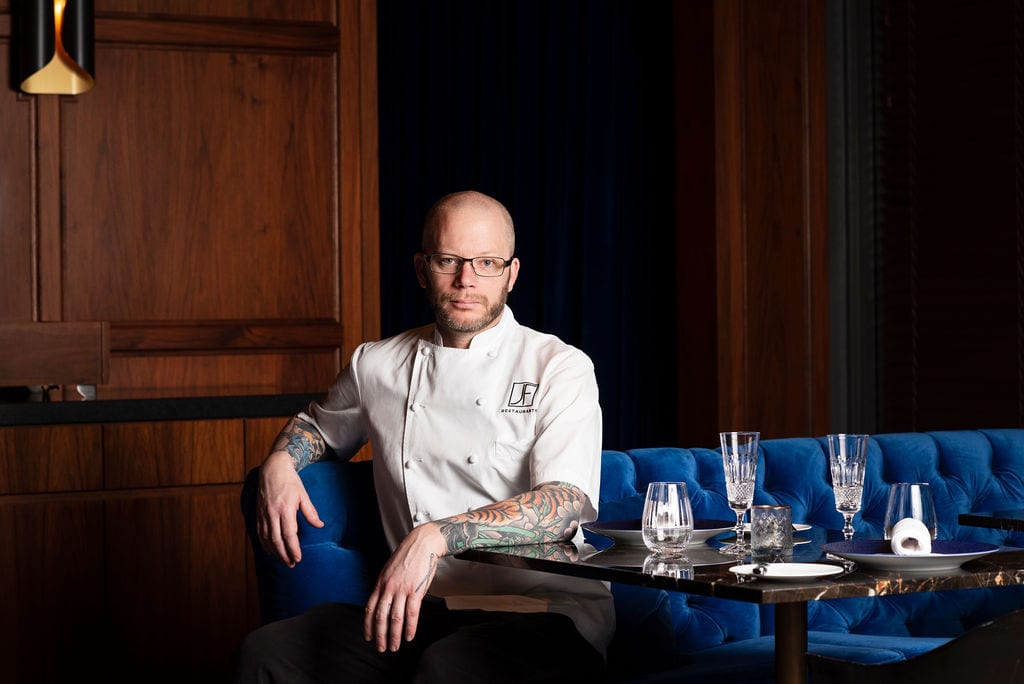 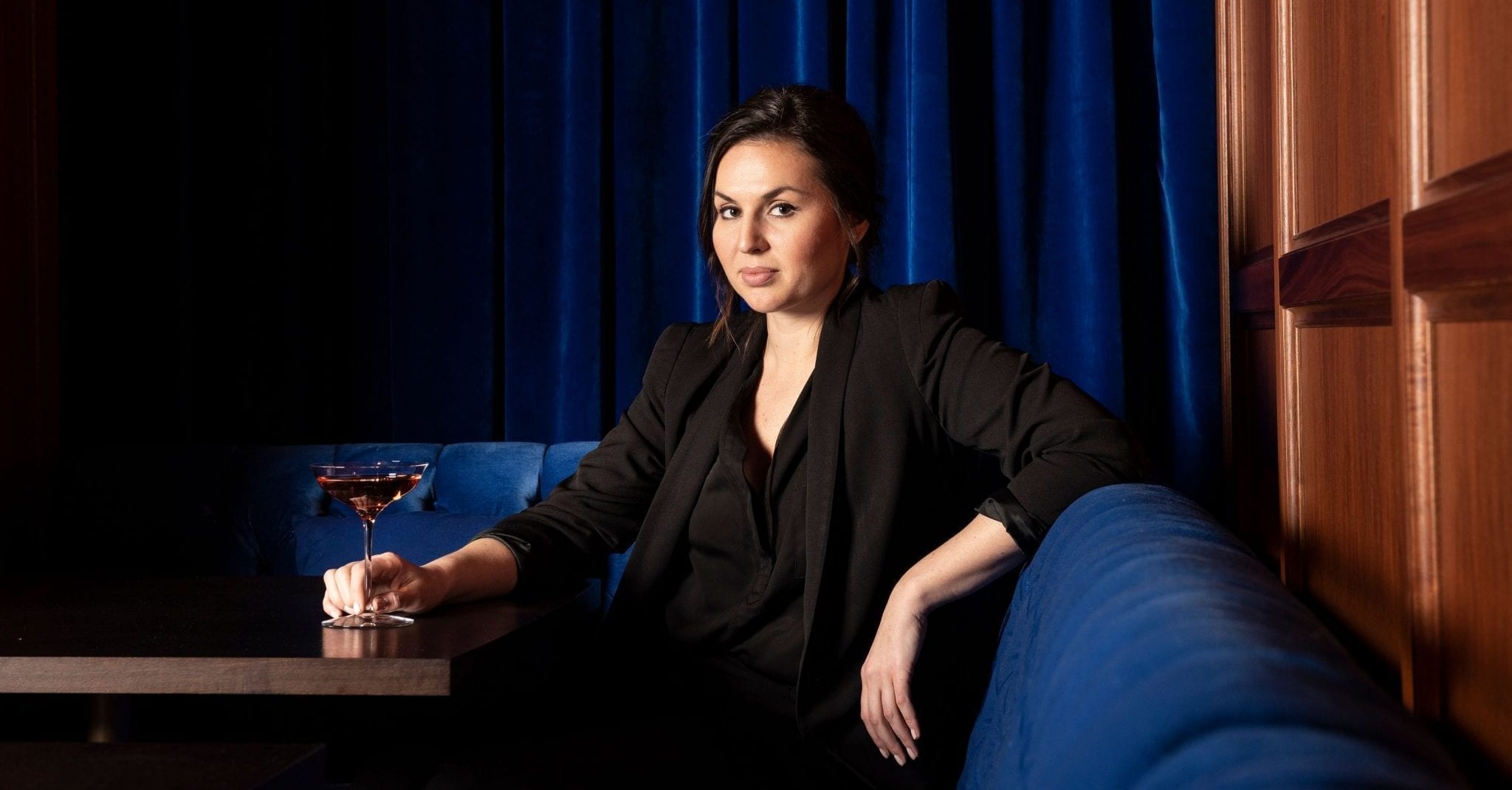 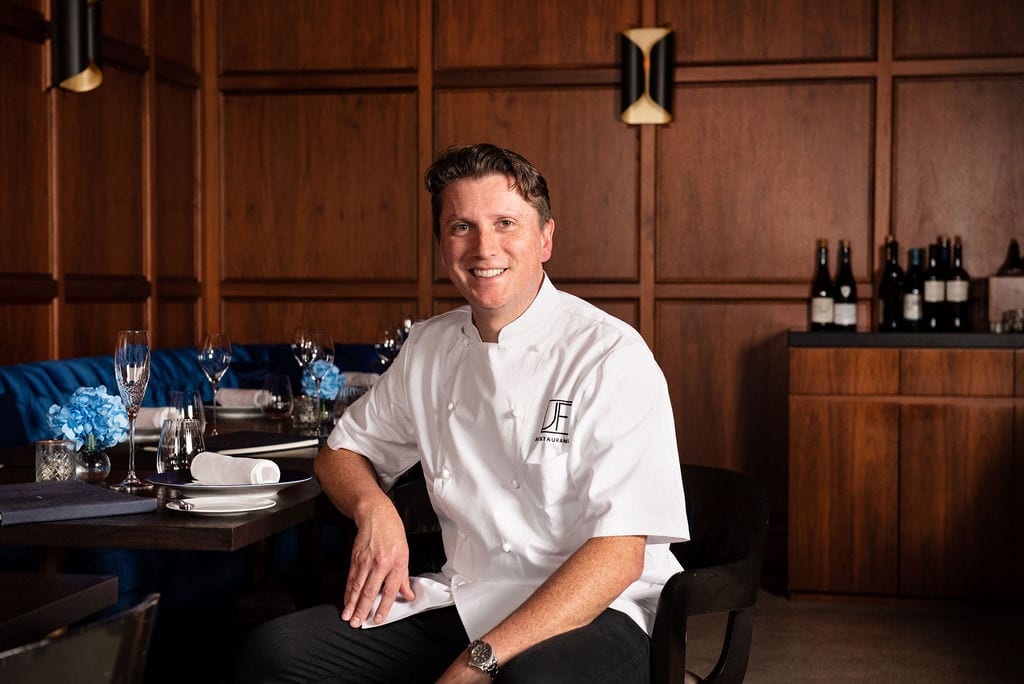 Awarded three stars by The New York Times, 701West is a rare breed of restaurant that is seldom found in New York in the 21st century. Wine is elevated to a starring role, with a team of sommeliers leading the kitchen in tailoring each dish to every guest’s wine pairing.

Chef and restaurateur John Fraser is the executive chef and partner of The Loyal, Michelin-starred NIX and all four distinct dining establishments at The Times Square EDITION. Fraser formally began his culinary career in Los Angeles and refined his fine dining expertise under the mentorship of Thomas Keller at The French Laundry in Napa Valley. He then broadened his perspective on global haute cuisine with a move to Paris to cook at the revered Taillevent and Maison Blanche. Back in New York, Fraser became the executive chef at Compass where he was awarded two stars by The New York Times. In 2006, he was named one of only four young chefs to watch in America by Esquire magazine.

Fraser has also earned a myriad of accolades for his former restaurants Dovetail and Narcissa, including three stars from The New York Times and a coveted Michelin star as well as positive reviews from critics in New York Magazine, The New York Observer, The New York Daily News, Time Out and Crain’s New York Business. He was the winner of Star Chef’s New York Rising Star Award in 2008.

Rob Lawson is Chef de Cuisine at 701West, a position he has held since the restaurant’s opening in March 2019. Under his leadership, working closely alongside John Fraser, the restaurant has earned a three-star review from Pete Wells at the New York Times. Rob hails from Austin, TX, where he completed the Le Cordon Bleu Program at Texas Culinary Academy. He draws on experience at fine dining restaurants in New York, Los Angeles, Austin & Thailand, including Gordon Ramsey’s The London, L’Atelier de Robuchon, Uchi in Austin and Kaijin in Bangkok.

Amy Racine is Wine Director at The Times Square EDITION, and leads a distinguished team of sommeliers who are veterans of Eleven Madison Park, the Mandarin Oriental and Buddakan. She is spearheading wine programs at multiple venues and is comfortable juggling them simultaneously. In a setting where there are restaurants for every personality, time of day and feeling, her wine programs mirror the diverse offerings. Under Racine’s direction, 701West is pioneering a radically new approach to wine pairings.

The kitchen tailors each dish to what wine the guest is drinking, which reverses the traditional approach. This feat is accomplished by the fact that every server is also a sommelier. Overall, the wine list is thoroughly global, expansive and exciting. Oenophiles will find classic Premier Crus of Bordeaux and Burgundy, iconic California producers like Opus and Heitz, grower Champagnes and bottlings from innovative producers the world over. The 600-bottle wine list stands out by offering some of the deepest selections dating back from the 1990s to the 1960s and even some from the 1940s and 1930s that have been procured at auction and from wine brokers. Racine is also Wine Director at John Fraser Restaurants, which includes The Loyal. Previously, she was Beverage Director at San Francisco’s Sons & Daughters Group, where she helped run the beverage programs at the Michelin-starred Sons & Daughters, Sweet Woodruff and The Square.

In this capacity, she relished being in a city with a major wine culture. She honed her pairing expertise, learning about executing at a Michelin-star level and progressed in her formal wine training to Level 3 of 4 (Advanced Sommelier) at The Court of Master Sommeliers. She was named one of the “Best New Sommeliers” by Wine & Spirits Magazine and a Zagat’s “30 Under 30” for San Francisco.

In charge of all things sweet for JFRestaurants, Sébastien Rouxel demystifies the complexities of pastry, marrying innovation, tradition and bringing a breath of modernity to time-honored desserts with sophisticated diners in mind. A veteran of top-flight kitchens in Europe and America, he brings a worldly perspective and a wealth of international experience. In addition to his efforts to bridge the past and present of classical pastry, Rouxel believes that the sweet and savory sides of the kitchen should share a singular mindset to execute on the highest level. In 1997, Rouxel moved to New York to work for chef Andre Soltner at Lutece.

Two years later, a chance encounter with Thomas Keller led him to The French Laundry in Yountville, California. Rouxel was hired as the Laundry’s executive pastry chef, working at the Michelin three-star for five years before returning to New York to open Keller’s Per Se. Rouxel would spend the next 15 years in Keller’s orbit, he quickly became known for creating dessert menus with unusual flavor combinations designed to perfectly complement Keller’s distinctive cuisine. Overseeing openings in California, New York and Las Vegas and contributing to two cookbooks, Under Pressure and Bouchon Bakery, both New York Times best-sellers. During this time, he also earned multiple accolades: in 2005 he was named a “Rising Starchef” and was awarded “Best Pastry Chef in America” by Pastry Art & Design in 2006 and 2008. In 2014 Rouxel joined Stephen Starr.

As integral part of the STARR team, he made an immediate contributions across the company’s spectrum, contributing training, creative guidance and recipe development to Upland, with chef Justin Smillie; The Clocktower, with chef Jason Atherton; Le Coucou, with Daniel Rose and many more. 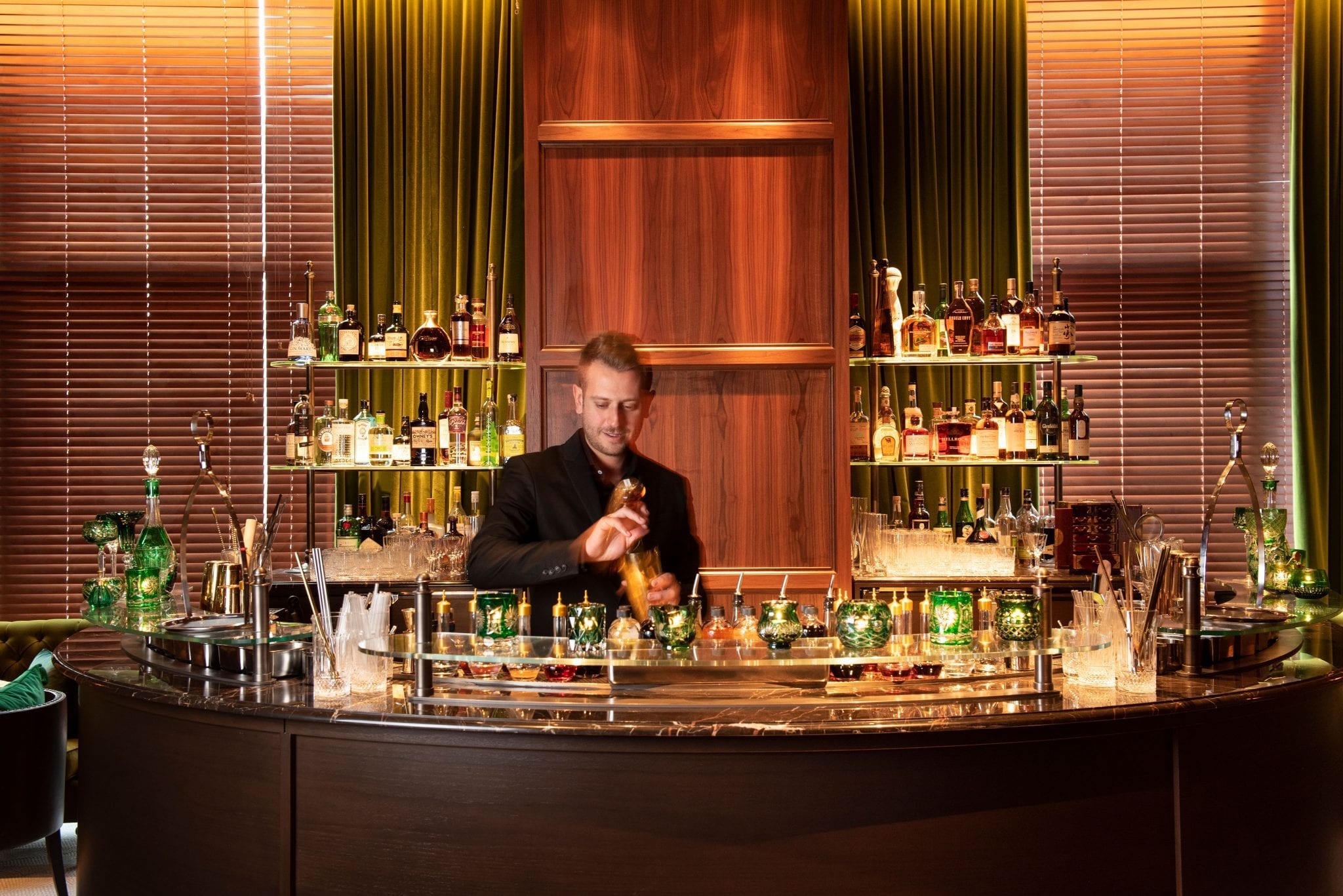 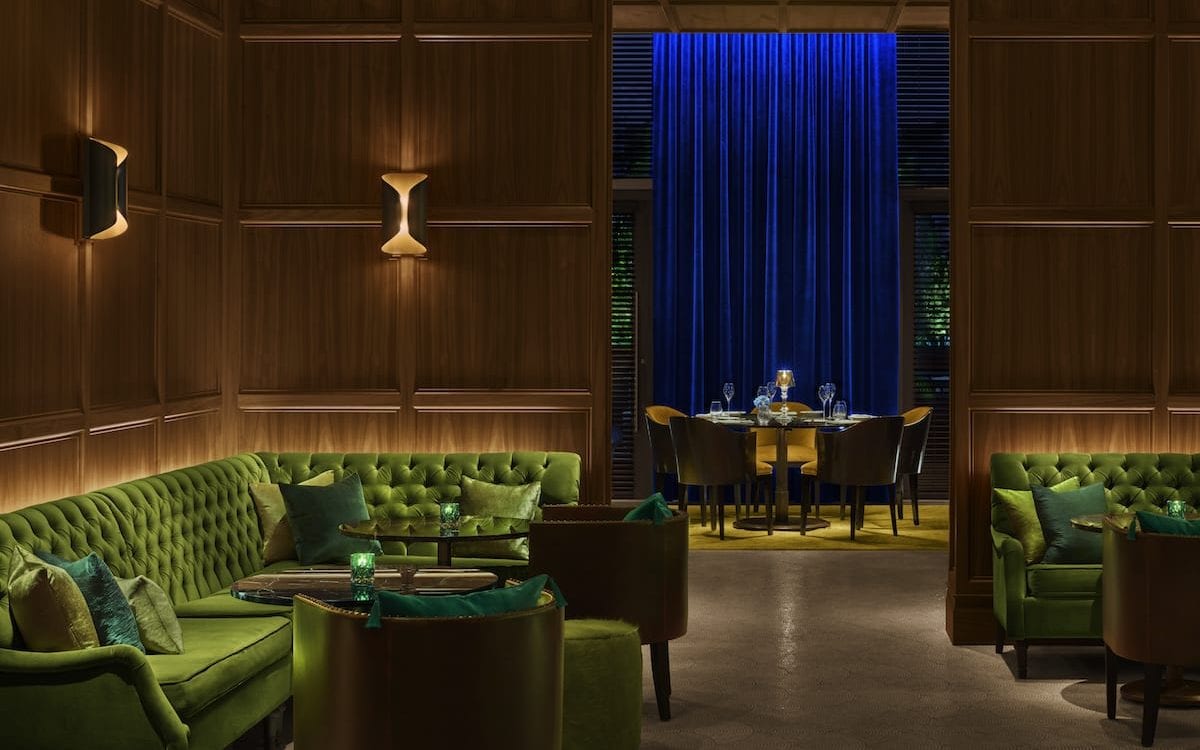