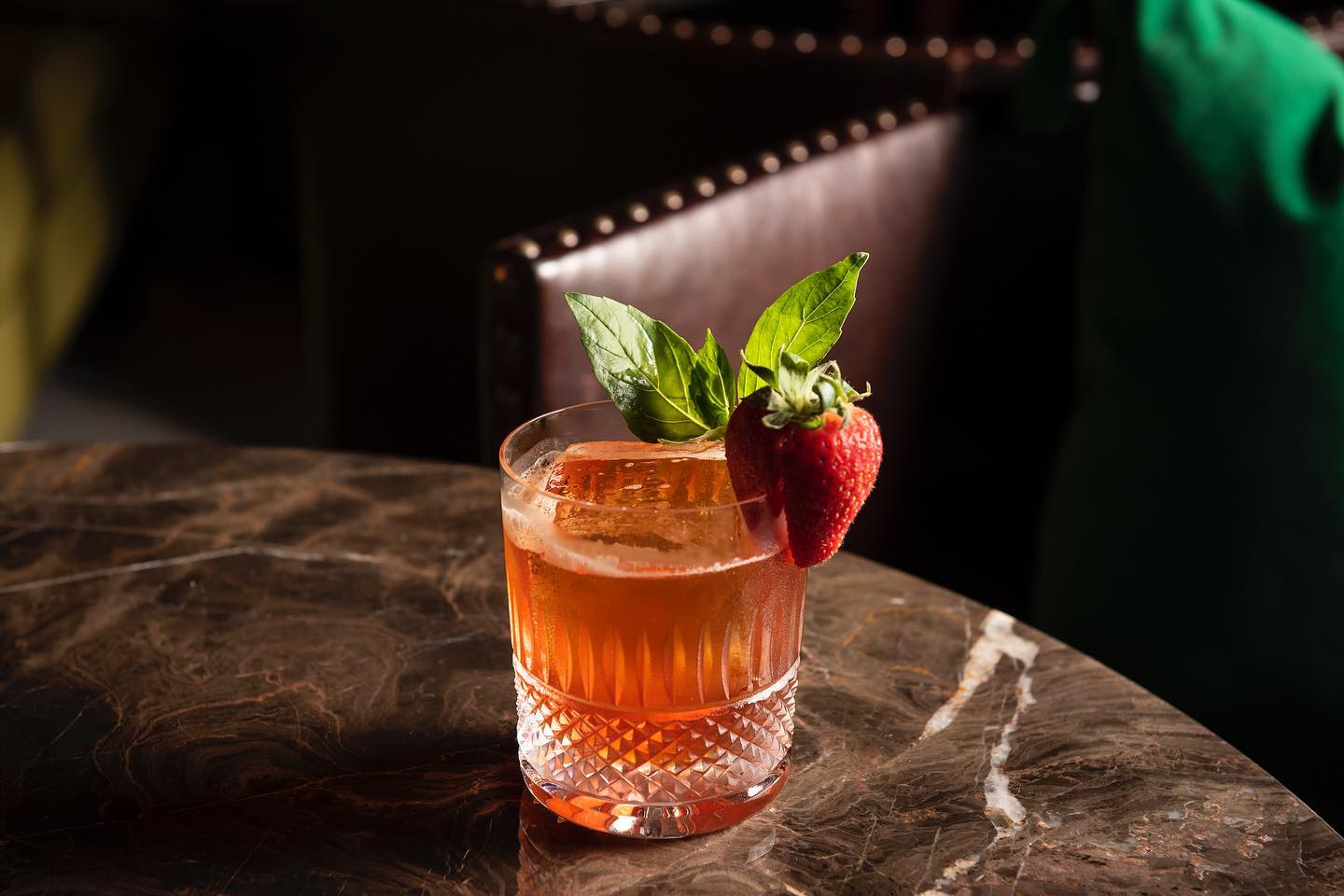 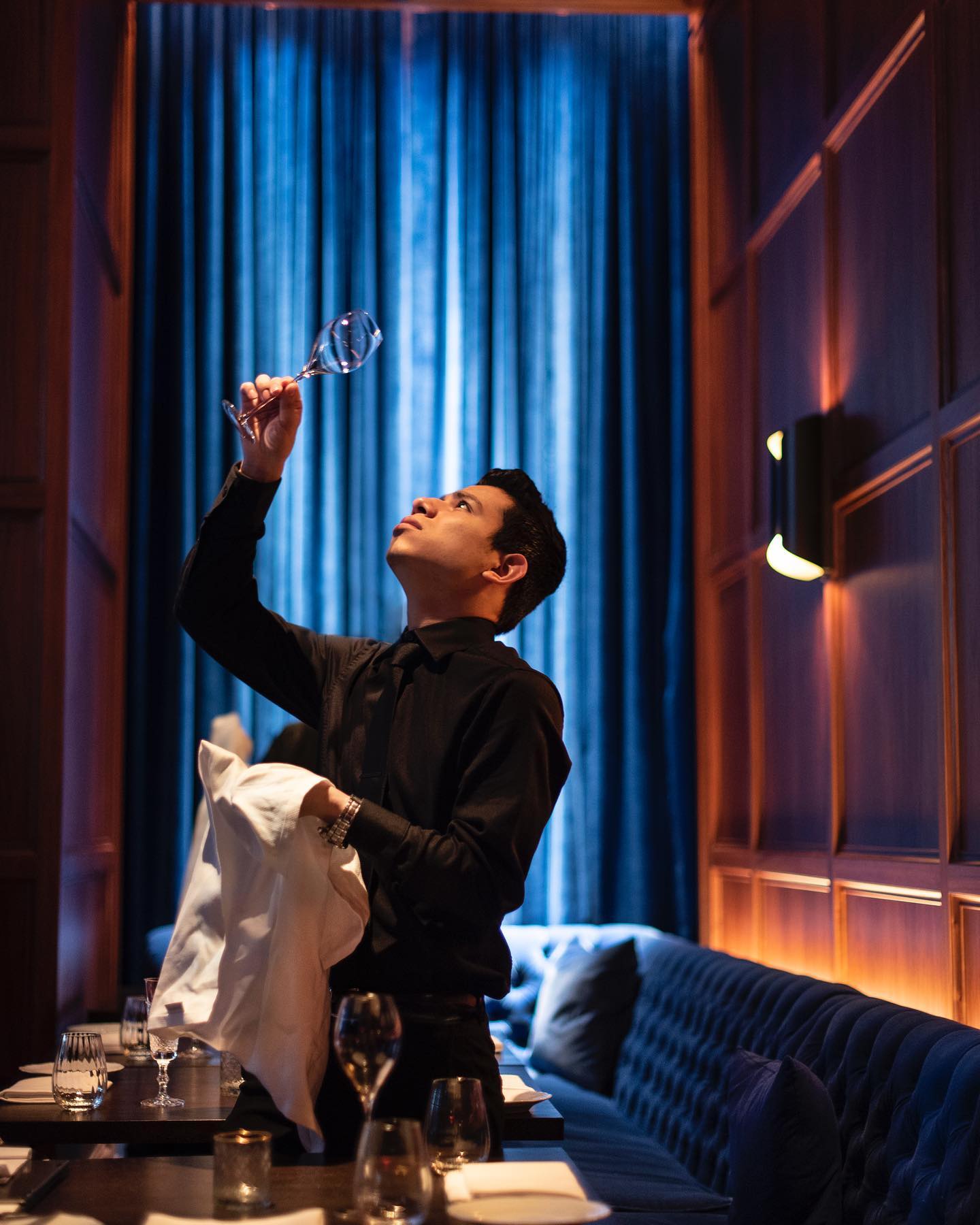 Where Dinner Is the Show

The chef John Fraser’s new restaurant has a blandly corporate name, 701West, that tells you less about the place than simply walking into the dining room. One of several operations he is running in the new Times Square Edition hotel, it is clad in paneling on the walls and ceilings. Velvet curtains and banquettes are the slightly alarming color of a blue macaw’s tail feathers. Wooden blinds are usually snapped shut against the strobes of 47th Street and Seventh Avenue.

To get to your table, you must first pass between two identical Champagne trolleys. An iced reservoir in the center of each is loaded with about half a dozen bottles that range in price from a Blanquette de Limoux for $26 a glass to a 2006 brut from Dom Pérignon for $66 a glass.

Before you sit down, you’ve already learned that wine is front and center, literally and figuratively; that it is more likely to come from classic, mannerly European estates than, say, Macedonian villages still using amphoras that Odysseus drank from; that the ideal customer is not likely to get up and walk out upon being offered a $66 aperitif; and that the restaurant expects to attract so many of these customers that a single Champagne trolley is not enough. 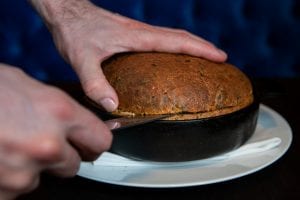 As you know if you’ve tried the fried-cauliflower buns at Nix, or the ramen-style boiled eggs at the Loyal whose yolks are red with a film of jellied chile oil, Mr. Fraser has a playful, imaginative streak. He needs it at 701West, where there is no real theme beyond wine and style. But there is enough creativity across the menu, on which he collaborates with the chef de cuisine, Rob Lawson, and the pastry chef, Sébastien Rouxel, to make dinner the engaging, somewhat eccentric experience it is clearly meant to be.

Before the first courses appear, for example, there may be a “cauliflower mille-feuille,” the raw vegetable shaved into white sheets that are softened by chilled mezcal cream and then topped with sturgeon caviar. It’s enticingly off-kilter, and another frequent amuse manages to outdo it: a spoonful or so of white-asparagus foam above a warm custard of sunflower-seed butter, dense and nutty and sweet with a few drops of honey.

This is luxury dining in its way, which is not the predictable way. The menu proposes three courses for $98, but a server informed me that “we also have à la carte, if that’s more your rhythm for the evening.”

Frequently the surprises come in the form of an unexpected tweak dealt to a vegetable. Slowly cooked in beet juice, a whole beet takes on the glistening ruby intensity of raw bluefin tuna. There is an appetizer of actual bluefin as well, and it has the precise, Japanese-informed minimalism of a dish you’d get at Jean-Georges, with tiny spring peas and young turnip greens and an electrifying white cloud of grated horseradish. In a dish of fava agnolotti, the X factor is the bright, almost effervescent sparkle of vinegar-marinated tomatoes and their juices stirred into a Parmesan-rind broth.

There is one mystifying appetizer in which the dueling tidal flavors of sea urchin and squid-ink risotto are allowed to cancel each other out. For the most part, though, the plates don’t overreach, for all the inventiveness on display.

Asparagus dipped in aioli is a good idea, of course, but what if the asparagus has been steamed inside a wrapper of thinly shaved cedar until it is nearly as smoky as country bacon? And what if the aioli is enhanced by truffles? It may sound overworked, but it is such a thrill that one of my guests asked for another plate before we could move on to the main courses, throwing the rhythm for the evening right out the window. 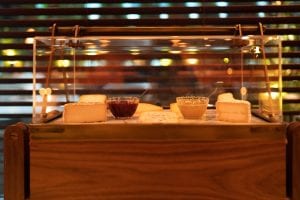 The night will pause again if one of the main courses is the sweet potato, as everyone tries to figure out where it got its creaminess and savory depth. Even once you know it’s been sealed up and baked inside a little coffin of sourdough that is streaked with green threads of wakame seaweed, you still can’t quite believe that all this flavor has been achieved with an ordinary sweet potato.

Some of the large pieces of fish and meat are showstoppers on their own, like the lobster that rests for four days in aged-beef fat before being broiled and set over some jammy ratatouille. When they are not, something else on the plate usually is. The long slab of roasted duck breast dredged in powdered herbes de Provence would keep my attention even without its sidekick, a curiously likable risotto made from pine nuts. In the case of lamb, the firecracker is a cocotte of fresh, creamy cranberry beans.

Mr. Rouxel, recently of Upland and the Clocktower, brings a lighter-than-air quality to the desserts. Hovering over a crunchy buckwheat pastry crust is a wavy sea of pastry cream infused with parsnips. It’s earthy and ethereal at the same time. He even knows what to do with white chocolate, aerating it into a mousse to frost an English-pea sponge cake, and giving it a piercing sour-cherry sorbet as a foil.

All seven captains working at 701West are sommeliers, listed by name on the menu; they are assisted by back servers who are sommeliers in training. This is one of those innovations in service that seems obvious now that somebody’s actually doing it. The meal can become an evening-long conversation about wine; the sommeliers even invite you to play the wine-insiders’ game of guessing the identity of a mystery pour in a black glass. It is slightly incredible that a restaurant that tries so hard to give wine equal status with the cooking does not have more bottles for under $80. That said, the ones it does have tend to be very good and fairly priced.

Besides 701West, Mr. Fraser is in charge of the deep-dish focaccia, carrot Bolognese and “billboard burger” at the Terrace and Outdoor Gardens, which is open all day on the ninth floor. He also oversees the dinner-theater menus at the Paradise Club on the seventh floor, which is currently staging “The Devouring,” a neo-Burlesque extravaganza (juggling, sword swallowing, aerial acrobatics) purportedly inspired by William Blake. This was no doubt the destination of the stilt walker I nearly ran into in the lobby one night. Dressed in scarlet from head to heel, she got along faster on her stilts than I do on my own legs. She was the first thing I’ve seen in years that gave me hope for the future of Times Square.